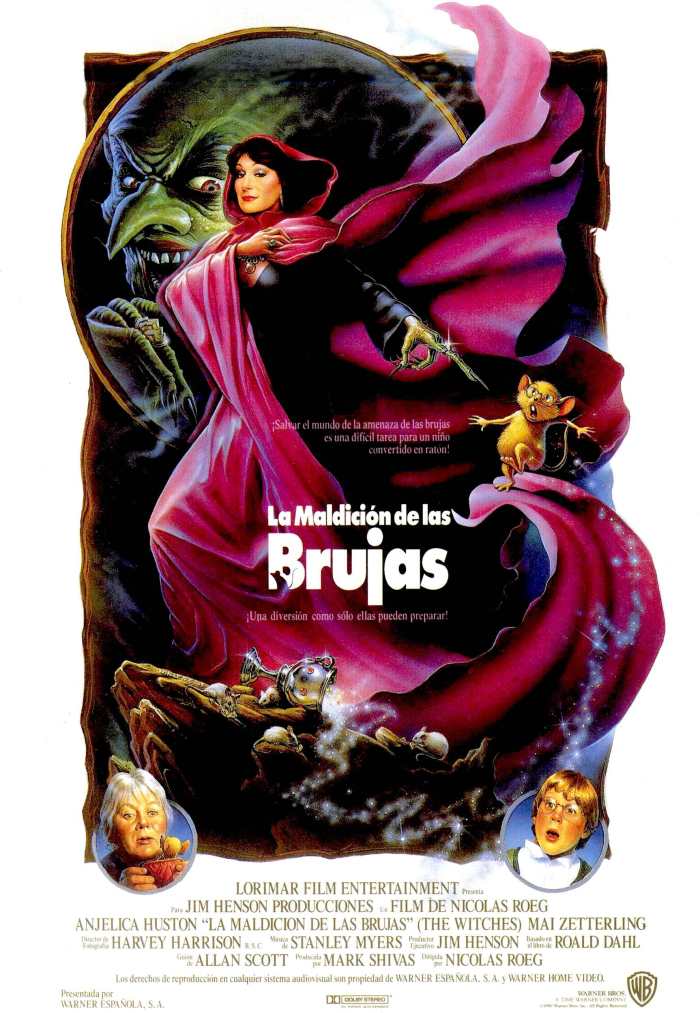 A PG-rated family-horror tale about witches, unlike THE WITCHES OF EASTWICK (1987), this film affords a crystal-clear definition of the hidden witches among folks (wig, purple eyes and flat toes), adapted from Roald Dahl’s children book, UK director Nicolas Roeg certainly taps a darker and eerier approach to visualize the images of witches (thanks to a lurid make-up FX and a grisly puppetry), which might scare off most tykes but as for an adult viewer, it has an eye-opening relish.

However, up until the last moment, the adventurous rapture has come to a self-contradictory compromise, procuring a spot in the children-friendly zone, the film opts a rather arbitrary happy ending (overtly against Dahl’s willingness) in order not to further upset its potential audience’s feeble nerves, which cast itself out of the specter of being an eccentric cult, a lame move with the benefit of hindsight and judging by its tepid box-office that year.

The stellar Anjelica Huston has an uncanny brio to demonstrate a genuine grand high witch of Britain, the role, which instantly eclipses the 3D trinity in the TWOE (Cher herself was the original picking for the role) and would later stereotype hers in the impassive, ruthless, and alienated aura where she has been arguably hovering until today, unlike her contemporaneous Oscar-nominated role in THE GRIFTERS (1990), where she exaggerates all her alluring poignancy in a shockingly sympathetic role, here she is the impeccable one-note villain. Mai Zetterling is well-suited in her benevolent granny role, although most of the time she is too composed in the tumultuous pandemonium as well as the rest human cast (sorry to see Atkinson and Blethyn are barbarously underused, the latter’s only duty is to scream out of her lung).