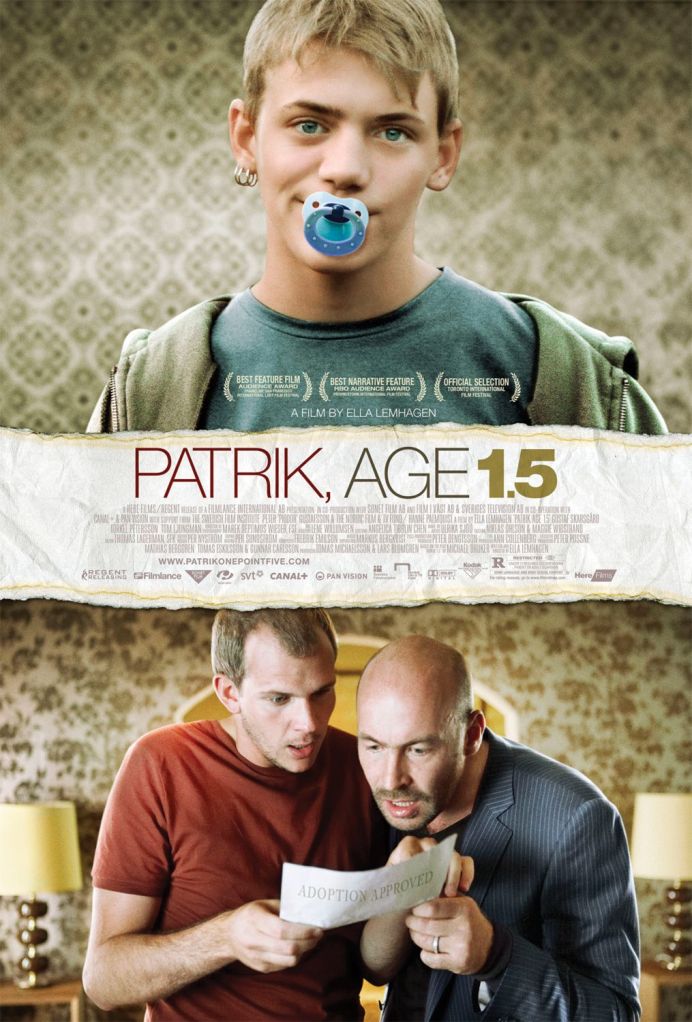 It’s an enormous relief to spot that a number of contemporary gay-themed films are not wallowing in the coming-out-of-the-closet drama which dominates the genre since early 90s, like Ira Sachs’s autobiographic self-inspective melodrama KEEP THE LIGHTS ON (2012), this 2008 film, a Swedish dramedy from female director Ella Lemhagen dabbles in the foster family territory, a married gay couple, are jauntily expecting an adoptive infant boy from their hard-earned opportunity (god knows how difficult it could be in the real world), nevertheless what eventually arrives is a 15 year-old delinquent courtesy of a peccadillo (a miss-put comma, literally) by the adoption authority, and as one could easily assume, contradictions and correlations among the three male creatures kick off in a well-balanced but over-sanguine spectacle.

Don’t be disappointed if the majority of the real Nordic lands are not as bright and sunlit as this film portrays, distinctly has shot in the prime season of the year, the picturesque settings are as pleasant and care-free as the tenor of the film, even the most conspicuous scandal, the connotation of pedophilia is only backhandedly passing by without hampering the generally feel good tone.

The cast is properly chosen, the Gustaf Skarsgård and Torkel Petersson pair doesn’t ignite an authentic homosexual attraction or ambience within (just judging by the film, I could ascertain that both actors are straight in real life) but Gustaf is splendidly managing a carefully-studied walking posture, which is convincingly gay-proof. The young actor Tom Ljungman has some hooligan strain, but the character itself has never done any damage or rebellious enough to make things uglier (a merciful gesture from the filmmakers).

So after all, this film has some merit in bringing a whiff of fresh air into the stale corner but the truth is, on the whole, it is just too sweet and mediocre to be appreciated just as Gustaf’s character, a idealistically nice guy and deserves a perfect life while being simplified into a role model like an existential angel,alas, film should originates from life but also should outstrips it, this one barely accomplishes this gauge.