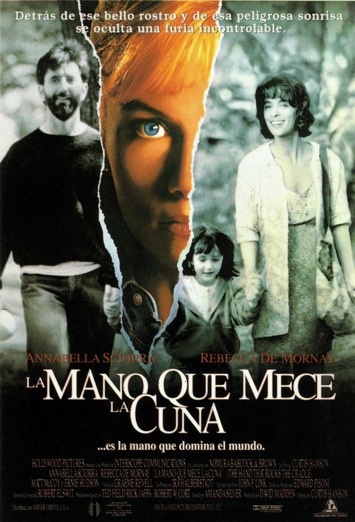 A revenge thriller where an insane woman tries to take over another woman’s family whom she think is responsible for the tragedy happens to her, a slightly less-creepy version of CAPE FEAR (1991) or another FATAL ATTRACTION (1987) if the adultery back story is supplanted by a medical dissension, orchestrated by the future Oscar-nominated director Curtis Hanson (for L.A. CONFIDENTIAL 1997), this 20-year-old genre feature has not diminished too much traction thanks to a hysterically strong-armed performance from Rebecca De Mornay.

The film begins with introducing a mentally-slow black man (a quite histrionic mimicry from Ernie Hudson) to the happy family, whom they hire (out of sympathy) as a gardener to do some fence-making, trim-painting work. Set a keystone of a well-intentioned stranger who is not the common analogy as a friend to the family (which later will be utilised as a sharp comparison to the young and white nanny image), but the message is quite obvious, don’t judge people by the appearance (“Handicapped people are always good!”paraphrasing Penny from THE BIG BANG THEORY).

Then after an uncanny molestation by a gynaecologist, the mother files a complaint which eventually prompts his suicide, his pregnant wife loses her baby, which are all fast-forward in a perfunctory manner. Until then the film’s main course unveils, from a conspicuous strangers to the live-in nanny, De Mornay’s revengeful widow slowly but astutely erodes the harmony of the family, alienates the mother-children bond (by feeding the new-born baby with her own milk), seduces the patriarch (which doesn’t work out owing to the father’s credibility of marital loyalty, what a miracle!), murders her best friend who unluckily discovers her true identity, frames the devoted black man and sabotages the asthma medicine, until the climax comes, it’s a dead-or-alive war between two women, everything is executed in a compelling dexterity.

Rebecca De Mornay does outshine everyone else in the film (if Glenn Close can be nominated, so is she) Annabella Sciorra and Matt McCoy make an orthodox couple but their backdrop is too bleak to chew on. My goddess Moore has a rather efficient supporting role to act, her shrewdness is all over the place, but as the sidekick, her demise is predestined (the “too smart to survive” rule in the thriller genre). Last but not the least, a irresistibly adorable Madeline Zima is also worth mentioning, her smile could melt any cold heart, she definitely has the next-big-thing potential although her latest projects are all eluding me. 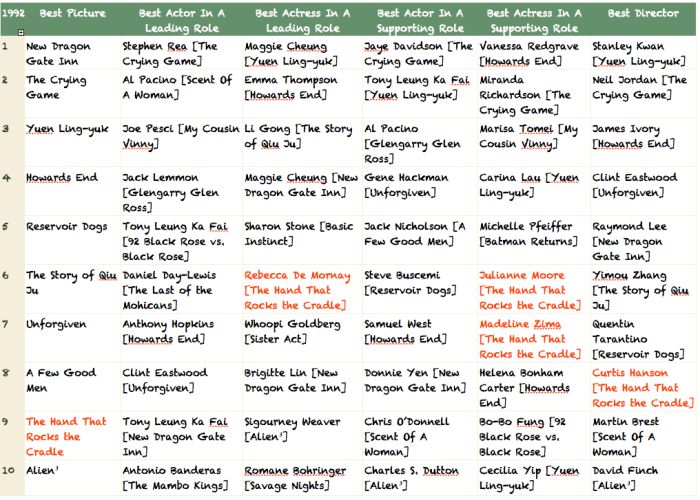