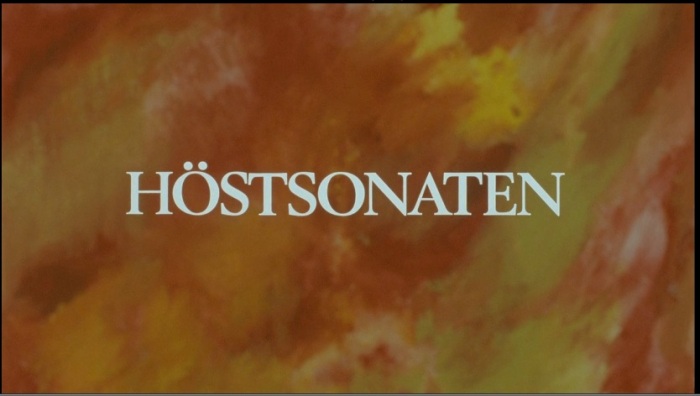 It is Ingrid Bergman’s big screen swan song and the two renowned Bergman compatriots’ one and only collaboration. Charlotte Andergast (Bergman) is a renowned pianist who recently lost her companion Leonardo (Løkkeberg), so she accepts the invitation to stay with her eldest daughter Eva (Liv Ullmann) and her husband Viktor (Björk) for some time, whom she hasn’t seen for seven years.

This highly nerve-wracking chamber drama begins with Viktor’s breaking-the-fourth-wall monologue about him and Eva’s temporal life, he is a minister and how they are united under the guidance of the parish work. Then Eva brings him the letter she writes to invite Charlotte, at first impression, Eva is a tender, self-effacing and soft-spoken woman.

Only when Charlotte arrives, who is presumably a self-centred artist with elegance, a vivacious but neglectful mother, garrulous about the last days of Leonardo, puts on a strong patina of being high spirited and after the initial and necessary pleasantry, Eva throws the first bomb, she tells her Helena (Nyman), Charlotte’s bed-ridden, mentally disabled younger daughter, is also here, whom Charlotte puts in a health institution for years, but now she has been under the attendance of Eva for two years. The mother-daughters reunion proceeds into a rather awkward situation, as Charlotte is more than unwillingly to face her ill daughter, which clearly evokes her guilty conscience for being absent most of the time.

After dinner, a turbulent undercurrent is grafted on Charlotte’s professional advice on Eva’s piano skill, from Eva’s angle, she never quite inherit any merits from her mother, neither the look or the talent. This is one of the main reason of their clash, under her vulnerable mien, she is in hopeless anguish. After an interlude about the premature death of Viktor and Eva’s four-year-old son and a tête-a-tête between Viktor and Charlotte (during which Viktor refers that Eva is incapable of love), in the still of the night, Charlotte is awaken from a nightmare, Eva hears the noise and they embark on a thorough heart-to-heart two-hander, Eva divulges all her unhappy childhood memories and attributes it to Charlotte’s career-first option; while Charlotte tries to justify the story from her side, but in no avail, both actresses’ performances are sparklingly galvanising, Ullmann is fearlessly aggressive, arbitrarily unforgiving, while Bergman refutes with a tour-de-force achievement, unyieldingly emits compassionate remorse and unexpected perplexity. Both actresses competently consummate their characters’ emotional arcs, which is undeniably enthralling to watch, even for those who don’t feel comfortable in Bergman’s school. Personally I will give the edge to Bergman, considering her the harsh similarities between the role and her legendary personal life, and it is a stupendous curtain call for her illustrious career, although I impulsively think this performance is her career-best.

The bond between a mother and a daughter often comes off as an amalgam of love and hatred, AUTUMN SONATA is at its best to dissect the relationship in dialectics, there is no right or wrong in the story, firstly, viewers is prone to cold-shoulder Charlotte’s self-seeking pretentiousness, her failure in motherhood, but, when Eva’s anger is fully emancipated, her one-sided blame-shooting accusation is also defectively biased, Ingmar Bergman is a true maestro in concocting this kind of brutal revelation of human being’s deep-rooted character deficiency, it is not a parable, it is just a real life situation may occur to many others, unfortunately this time one might also sense a tint of misogyny.

In the end, there is no sign of reconciliation despite Eva writes an apologetic letter, which Charlotte may or may not receive, the whole mess cannot save them from their respective mental condition, leastwise, they know each other better afterwards, the scar may never be healed and truth hurts, yet everyone of us is living with both pain and happiness, simultaneously, as long as we come to terms with that, we will be fine. 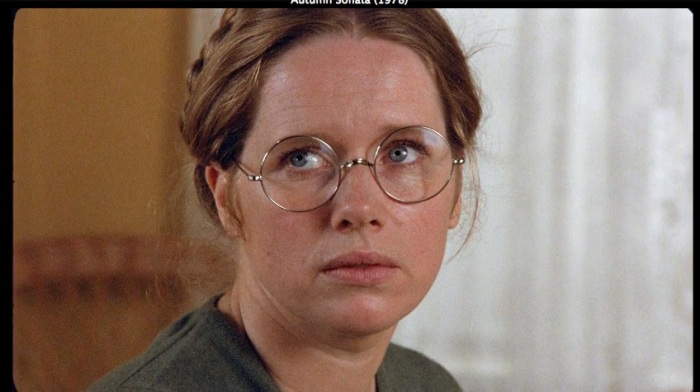