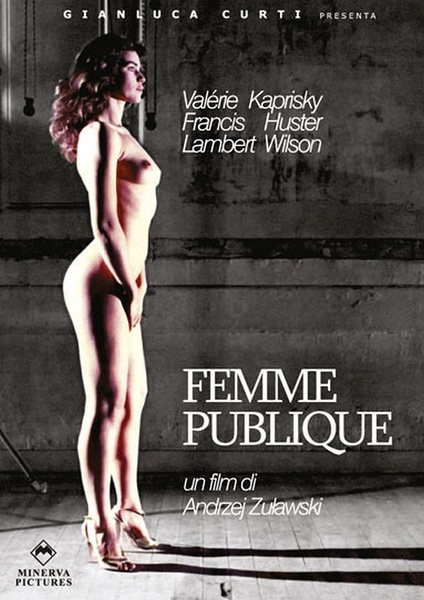 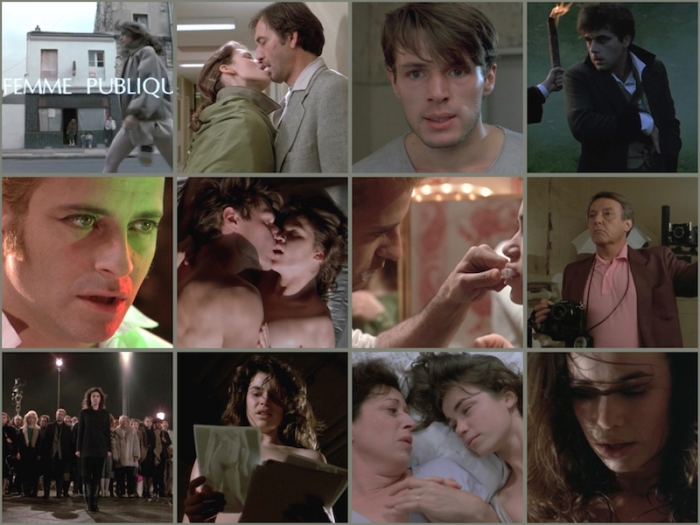 The 5th feature from the late Polish director Andrzej Zulawski (1940-2016), THE PUBLIC WOMAN is a French production, starring Valérie Kaprisky as a young girl Ethel, who has been chosen by the film director Lucas Kessling (Huster), a Czech immigrant, to star in his movie adaptation of Dostoyevsky’s novel “THE POSSESSED, aka. DEMONS”, which is shot in Paris.

Ethel has no acting experience, it is her raw sexual appeal turns on the egoistic Lucas, he hooks up with her but finds her lacking in dramatisation and articulation of her character during the filmmaking, which itself is a constant jag of kerfuffle and chaos. Zulawski engages a freewheeling style to the angles of frame, which is navigated with ingenious dexterity by the legendary cinematographer Sacha Vierny, and he proffers us a close look of the process of making film in a crammed set, with slickly choreographed mobility and a hammy cast aggravated by heavy cosmetics.

After mounting a humiliating remonstrance on Ethel for her incompetence, Lucas fires her and the narrative shifts from the sadomasochistic relationship between them to a new chapter, when Elena (Delor), a Czech actress, one of Lucas’ mistress, goes missing, Ethel implausibly takes the imposture as Elena and plunges herself into a steamy relationship with Elena’s husband Milan Mliska (Wilson), a frail, self-abusing (glass-chewing) young man who later will be involved into a political assassin of a Lithuanian cardinal and is hunted; thereafter, Lucas decides to re-hire Ethel for the role and she is sandwiched between him and Milan, both are driven mad by petit jealousy until one of them is forever out of the picture, and Ethel will finally triumph with a tour-de-force to show that an “actress” is born.

Being an art-house enterprise, nudity (notoriously for Ethel’s two naked dancing sequences) and explicit sex scenes are indispensable here, which even leave a bitter taste of gratuitous exploitation; and we can clearly see the dummy in the sole car chasing set piece, a telling proof that commercial cinema is not such an easy piece of pie to emulate. But Kaprisky emotes beautifully from the taxing requirements her role entails, both physically and mentally; a blond Huster, with a haunting resemblance of a less delicate Farley Granger, is unwaveringly committed, but sometimes he is overbearingly tiresome; last but not the least, a young Wilson establishes himself in his early career that he can be madly charming and charmingly mad simultaneously.

Concocted with a little political allusion, a fairly firm buttress of female-empowerment under the patriarchal repression, an excessive amount of exotica and a largely madcap storyline, THE PUBLIC WOMAN does not give full justice to Zulawski’s talent, although it will stay with you for its convivial self-awareness of its subject as the cast takes a bow in the last scene, it is a theatrical farce, but done with a certain degree of flourish.