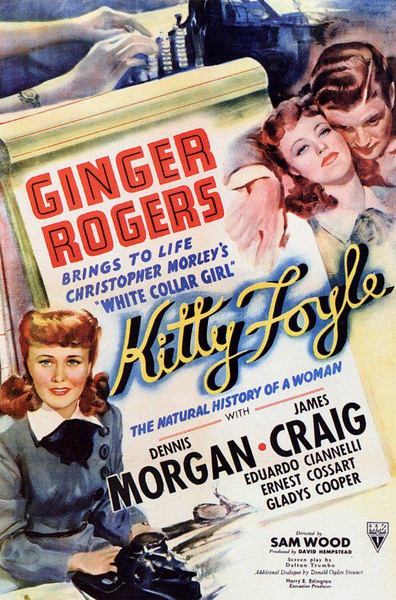 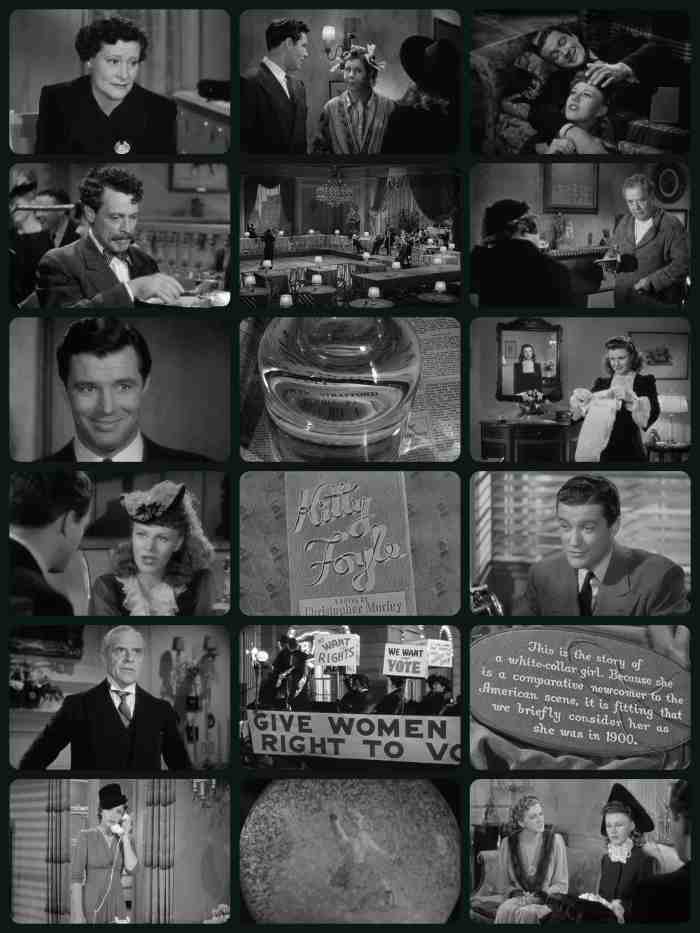 Other than being a sartorial trendsetter of its namesake Kitty Foyle dress, Sam Wood’s solid screen adaptation of Christopher Morley’s novel, penned by Mr. Trumbo, also confers its star Ginger Rogers a golden opportunity to strut her stuff, not her usual terpsichorean nimbleness, but her acting bent, and its reward is a hard-earned Oscar statuette, pipping strong contenders like Bette Davis in THE LETTER (1940), Joan Fontaine in REBECCA (1940) and Katharine Hepburn in THE PHILADELPHIA STORY (1940).

After a prologue demonstrating the victory of gender equity in the beginning of twentieth century, here comes our heroine Kitty Foyle (Rogers), a New York saleswoman from Philadelphia, facing a difficult choice, there are two suitors awaiting her at midnight, one is doctor Mark Eisen (Craig) who loves her affectionately and another is her sweetheart Wyn Strafford (Morgan), whom she is enamored with, but a married man now who proposes that they can start anew in South America. When dithering about her decision, the film segues through a series of flashbacks (à la PENNY SERENADE 1941) with a snow globe as its mnemonic cue, detailing Kitty’s past entanglement with those two men, especially with Wyn, from their first meeting in Philly, their romance is congenially tainted by their social echelons, Wyn is from a prosperous banker’s family and she is merely his secretary, a rubberneck of the Assembly which Wyn attends annually. Acting in accordance with its woman-empowering tenet, the film vouchsafes Kitty a carte blanche by suggesting that Wyn is too meek and callow to make up his own mind. So Kitty leaves Philly when she knows a wedding proposal is too quixotic at that point, and in NYC, she is courted by Mark, who is the opposite of Wyn’s opulence, with a slightly prosaic air of practicality.

Life’s vagaries again bring Wyn to her, this time with a sincere marriage proposal and lavish pageantry to swoon her, they tie the knot, but reality check creeps in when Kitty has to face Wyn’s family and their unrelieved gentility, once more she braves herself to cut the Gordian knot. There are more hammer blows await her but as a paragon of modern woman with an absolutely righteous mind, Kitty proves herself a real hoop-jumper, and this time, she will make a right choice once and for all.

Ms. Rogers is most sympathetic when she brings forth Kitty’s fortitude in the face of adversities, but the story’s emotional potency is detrimentally hampered by the white-washing of the hardship of being an independent woman surviving in a big city by all herself, Kitty is presented with an ineradicable veneer of silver screen allure which inexorably renders the tonality a shade condescending and contrived to any audience who chances upon it in the 21st century. Two supporting stars, Dennis Morgan and James Craig both make a great impression as an open-faced, suave gentleman without wiles, what differentiates them is where do they come from, not a bad marriage advice for today’s singletons although the film itself is as workmanlike as it is anodyne, a typical end product of Hollywood in thrall of production code, but not exactly a “natural” history of a woman.