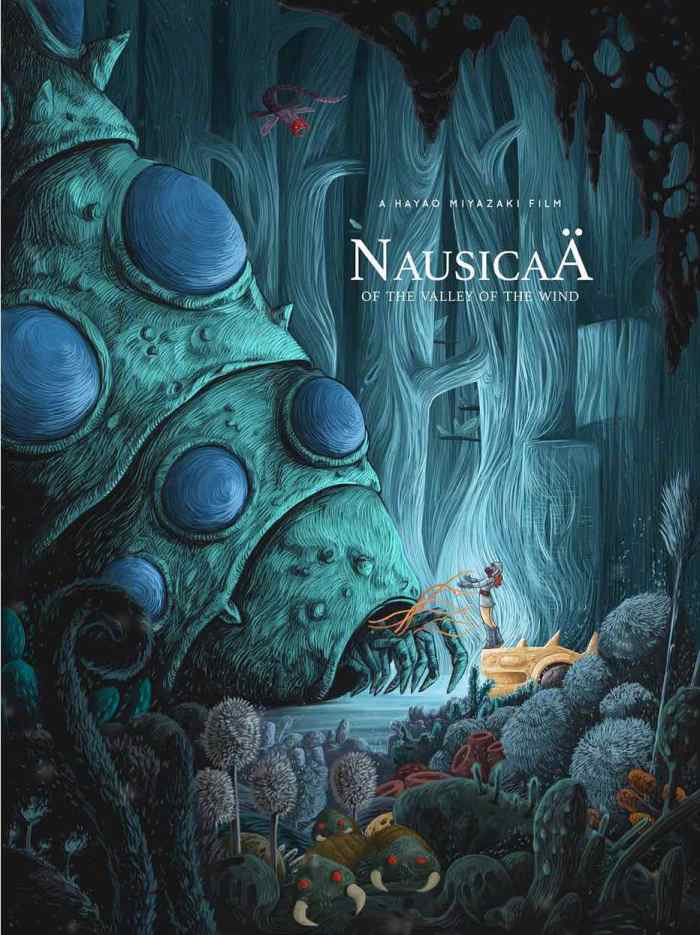 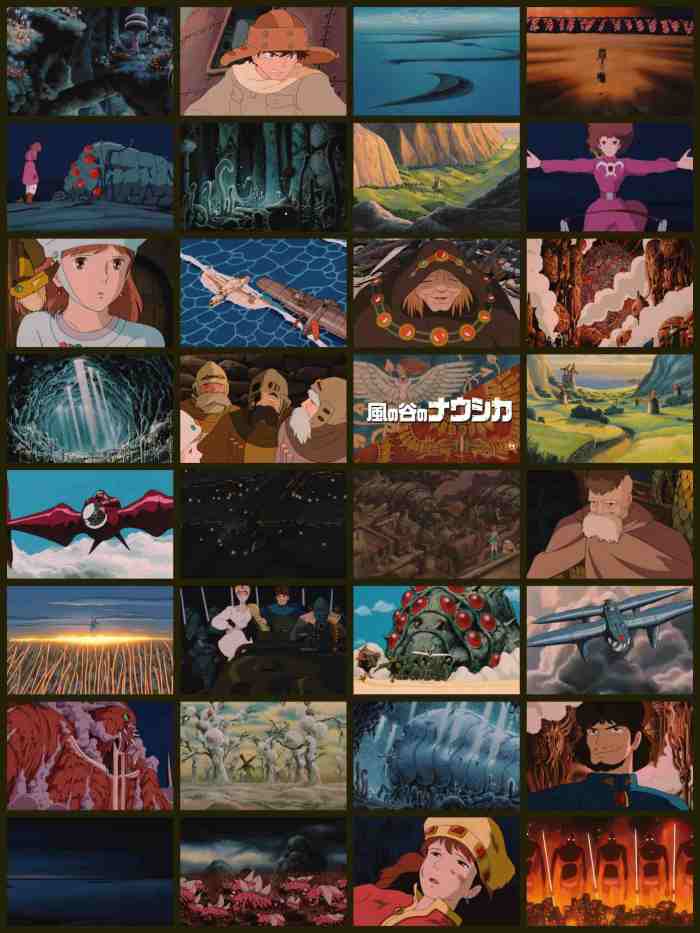 Hayao Miyazaki’s second anime feature film, NAUSICAÄ OF THE VALLEY OF THE WIND is an adventurous post-apocalyptic fable that presciently and astutely imparts us what will become humanity’s ruination, humans.

While Miyazaki’s fatalistic outlook runs deeply in his works, he knows how to tell an intriguing story by putting a doughty protagonist in the cynosure, typically, a young girl ne plus ultra, possesses all the merits of human nature, against the worst-case scenario, in this case, the residual mankind is facing the aggression from giant mutant insects (called “ohm”, resembling a trilobite decked with numberless eyes) peopling a sprawling toxic jungle as the aftermath of the Seven Days of Fire, a war has obliterated most of human civilization. Nausicaä, the princess of Valley of the Wind, an untainted Shangri-La covered by verdure and powered by pneumatic energy, becomes the linchpin to thwart this seemingly inexorable annihilation, even if this means she must sacrifice herself.

But what becomes involute is Miyazaki’s off-beat sensibility to seek transcendent beauty beneath (in its very literal sense) the overwhelming darkness and venom, perchance those ohms are not aggressors but protectors of the planet earth, the purifiers to detoxify it from human’s undue contamination, this revelation strikes like a gut-punch to our anthropocentric conformity, and instantly gives this anime a rightly cynical yet self-examining heart that seminally elevates it to the stratosphere of this unique art form, apart from the artifact’s sweepingly fluid craftsmanship of redoubling narrative integration and bizarrely awe-inspiring cel animation imagery, to say nothing of Miyazaki’s vibrant palette that often exceedingly appeals to kids and adults like.

As enterprising and edifying as any masterpieces hammered out under the brand of Studio Ghibli (in truth, the studio was founded in 1985, after the film’s success), NAUSICAÄ OF THE VALLEY OF THE WIND might lose a modicum of plaudits for its rapid-fire agenda-divulging, viz., the motives behind Tolmekia and Pejite peoples are somewhat discombobulating for subtitle-reading first-timer, also the prophecy-fulfilling finale might crop up a tad slapdash and sappy if one is familiar with Miyazaki’s other works.

At any rate, quibbles do not obscure all the virtues of Miyazaki’s thought-provoking masterwork, garlanded with Joe Hisaishi’s synth-generated bravura and a humble reverence to the animistic existence, NAUSICAÄ OF THE VALLEY OF THE WIND is a timeless classic, indeed, not for anime aficionados alone. 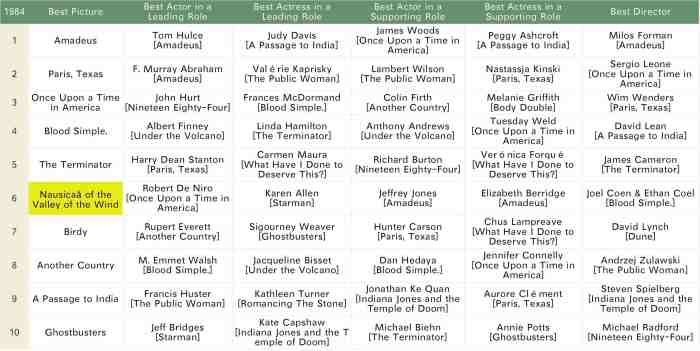