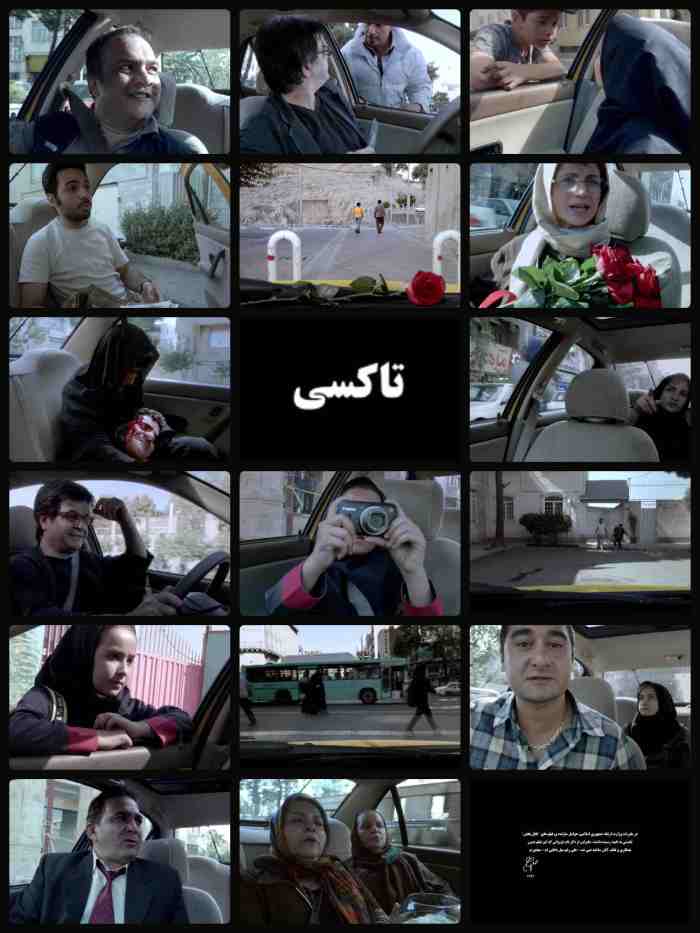 The be-all and end-all of Panahi’s TAXI TEHRAN is his legerdemain of guerrilla film-making in its most effectual fashion, the portable cameras are circumscribed entirely inside the taxi, roving and examining a bigger social picture within its mobile, two-by-four space through the interactions among a handful of passengers. At first, Panahi teasingly elicits a question mark hovering our heads as we are not certain whether it is a fly-on-the-wall documentary recording conversations of random passengers in his shared taxi (like the heated debate between a capital punishment adherent and a more liberal-minded teacher), or an assemblage of prearranged playacting.

But soon, Panahi’s own celebrity status gives away by a malformed pirated DVD vendor, who recognizes him and later spitballs that the previous act of an injured man recording his will through Panahi’s camera must be acting, a shorthand to inform us an Iranian wife’s plight, who cannot inherit anything from her husband if not for a testament, henceforth, Panahi’s modus operandi becomes clearer, it is not a documentary.

After a succinct exchange with a film student who patrons the vendor’s collections, the film’s initial brio lessens a bit in the episode with superstition and gold fish, then arrives Panahi’s own niece Hana Saeidi, a pert schoolgirl who is given a sensitive issue to enact, about the un-broadcastablity of Iranian films, at the behest of a homework project, she wields her cellphone and levels it at Panahi, and later, during his absence, she conducts a petulant conversation with a garbage-collecting street boy, although it is highly unrealistic under the context, but you get Panahi’s message.

After a chance-meeting with a roses-cradling human rights lawyer Nasrin Sotoudeh, to get the gist of a young girl’s ongoing hunger strike against the state’s banning of women watching sports in the stadium (a theme visited by Panahi’s OFFSIDE 2006), TAXI TEHRAN finds a cushy ending when a pitch-black oblivion snatches our attention, curtailed by his means and resources, but strengthened by a spirit of undying intrepidity and integrity, Panahi’s unadorned social reportage is remarkably high on his compassion and perception of his country and sensibly low on his own frustration and ire.