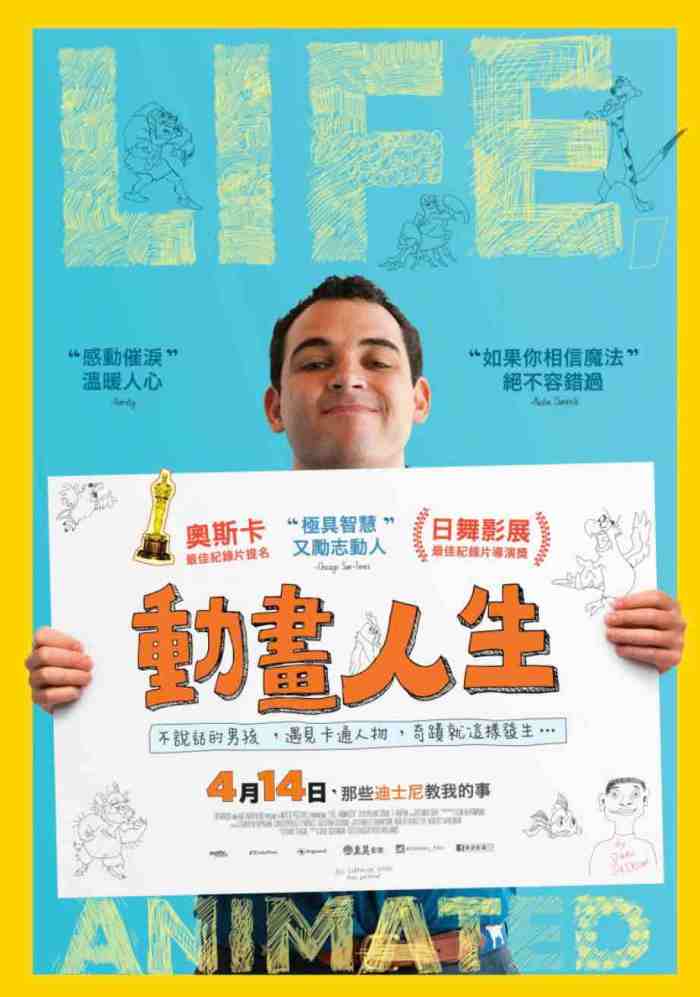 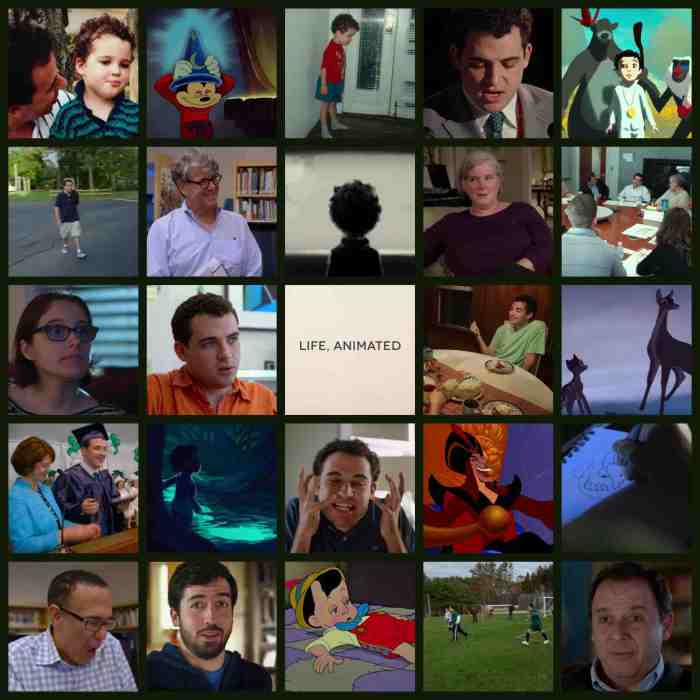 A life-affirming documentary of a singular autism case, American journalist Ron Suskind’s second son Owen, diagnosed with autism at the age of 3, finds a unique way to communicate the outside world through Disney animation films, whose children-friendly, all-encompassing contents colorfully condense then magnify life vagaries and emotional spectra which should be too scattershot and overwhelming for autistic patients, so Owen finds him a key to enter our prosaic world with which he aspires to grapple on the cusp of adulthood.

Family video footage and photos are deployed to tell the story from the beginning through the candid recollections of Ron and his wife Cornelia, but cutting to present where a seemingly rather gregarious Owen presides over a Disney Club screening with other patients prefigures that the kid will be alright, thus tickles us to the family’s wondrous discovery of the therapeutic function of Disney cartoon corpus, yet, for a more scientific oriented mind, the film is conspicuously skimpy in including expert opinions on it, and opts for a more closer and secluded eye on Owen’s rite of passage to live on his own for the very first time, as the filmmakers are fully aware of Owen’s unfeigned charisma in front of the camera, it is an earnest, fulfilling journey we are vicariously experiencing with him, larded with those iconic cartoon characters to signpost any particular mood or situation that befits Owen’s.

Director Roger Ross Williams also vivifies Owen’s fantasy through Mac Gaff’s original animation, portraying Owen’s instinct connection with sidekick characters (rather than those obvious heroes) and his own demon (when a break-up hits him hard), all can be projected to a more professional ground to examine its cause-and-effect. But as an infotainment, LIFE, ANIMATED is aiming for something far broader and more generic.

Apart from cameos from voice actors Freeman and Gottfried (Jafar and Iago respectively), this Oscar-nominated documentary doesn’t resorts to named celebrities to hawk attention, by focusing on Owen and Owen alone (the only other patient gets several glimpses is Owen’s girlfriend), it is a heartfelt monograph of an uncharacteristic case study, but if one is whetted to know more about autism in a larger picture, that is a mission LIFE, ANIMATED has neither intention nor faculty to accomplish.