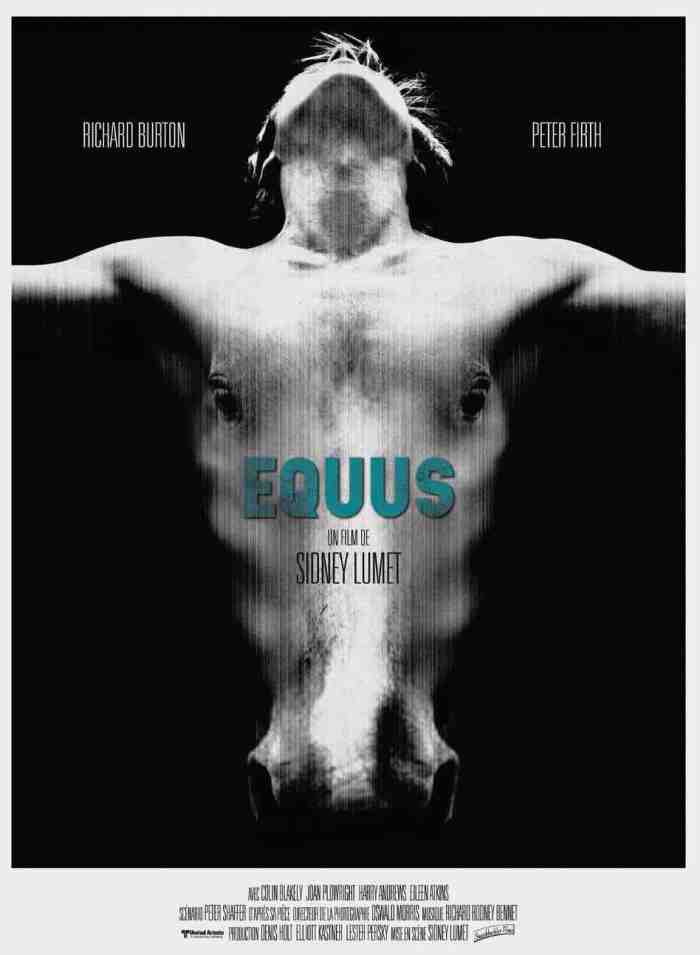 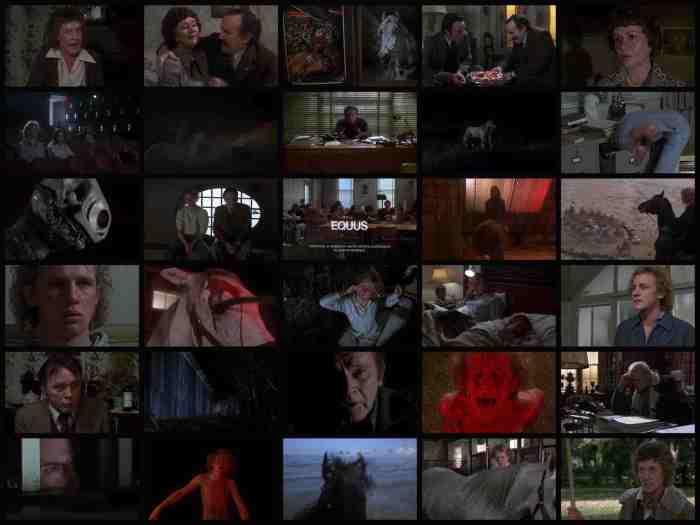 Transposing Peter Shaffer’s influential psycho-sexual play onto the celluloid, Sidney Lumet’s EQUUS notches up Richard Burton’s seventh and final Oscar nomination and puts a young Peter Firth on the map, who has been acted in the role in over one thousand times from Laurence Olivier’s National Theatre to Broadway.

Burton plays married psychiatrist Martin Dysart, who works in a hospital for disturbed teenagers, his latest analysand is a 17-year-old Alan Strang (Firth), who, one night, blinds 6 horses in the stable where he moonlights during the weekends on the spur of the moment, and Martin takes it on himself to get the bottom of this misdeed.

It takes some time for a jingle-chanting Alan to open up to him, so Martin visits Alan’s parents Frank and Dora Strang (Blakely and Plowright) instead, to get a rough idea of what is wrong with their child, and one can always probe into a parent’s deportment to trace their influence on their impressible offspring, while Frank is a non-religious nonentity, Dora, the hand that rocks the cradle, has been persistently feeding Alan her Christian fundamentalist belief.

Proffered with profuse monologue to deliver, a slightly haggard Richard Burton revels in his last hurrah with pluperfect elocution and genuine sympathy, fenced within a dead-end marriage and deviled by his Hellenic nightmares, Martin’s professional facade starts to totter when he becomes increasingly bewitched by Alan’s perfervid devotion to his fantastic construct about horses, Burton is rarely that good. But in the event, it is Peter Firth who gives his much venerated co-star a run for his money, not least for his intrepidity to bare it all (both physically and emotionally) in honing up Alan’s stunted development: dazed perplex, infantile petulance, disquieted mindset and unbridled elation, during their respective stages in the whole package of a soul-shattering leading performance (yes, he is Oscar-nominated for the supporting category, a shaft is also given to Burton for his breakthrough role in Henry Koster’s MY COUSIN RACHEL, quarter of a century ago).

Secondary players are also indomitably excellent, Colin Blakely emits arguably the most tormented gaze ever when his Frank inadvertently witnesses his son’s deviation; Joan Ploweright heartrendingly holds court as a mother who cites demonology in her utter despair; Jenny Agutter won a BAFTA more for her moxie of undressing than her underdeveloped character Jill Mason, who has the guts to invite a boy to watch a Swedish skin flick, but cannot sense that he might not be entirely compos mentis; and finally, Eileen Atkins in her very early movie role, as the magistrate who introduces Alan to Martin and has a platonic friendship with the latter, although mostly appears to repeatedly make Martin feel good about himself, her fierce glare and undivided compassion subtly suggests that she is one of his betters.

Alternating between Martin and Alan’s quotidian sessions which often lead to the latter’s own flashback and Martin’s own quest for truth outside the hospital, Lumet marshals a compulsive treatise not merely about a young man’s suppressed sexuality and profound humiliation of erectile dysfunction, but also mirrors an elder man’s deep-seated trepidation of his diminishing potency, with an audacity rarely seen on the USA screen, for instance, the money shot where Alan performs his ritual in the raw with a horse during the wee hours on a field, is uncannily numinous and perversely beauteous, then there are those in-your-face, fast-edited montage of blinding a horse with a sickle and its bloody coda, never a psychodrama dares to go rapier-like in both its subject matter and vision, manna from heaven, that is what Sidney Lumet’s EQUUS is. 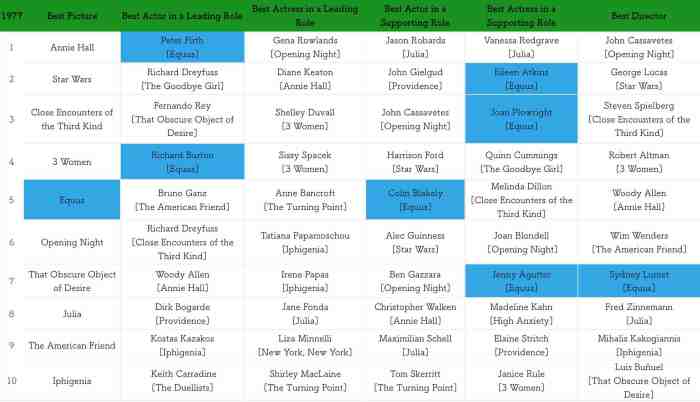