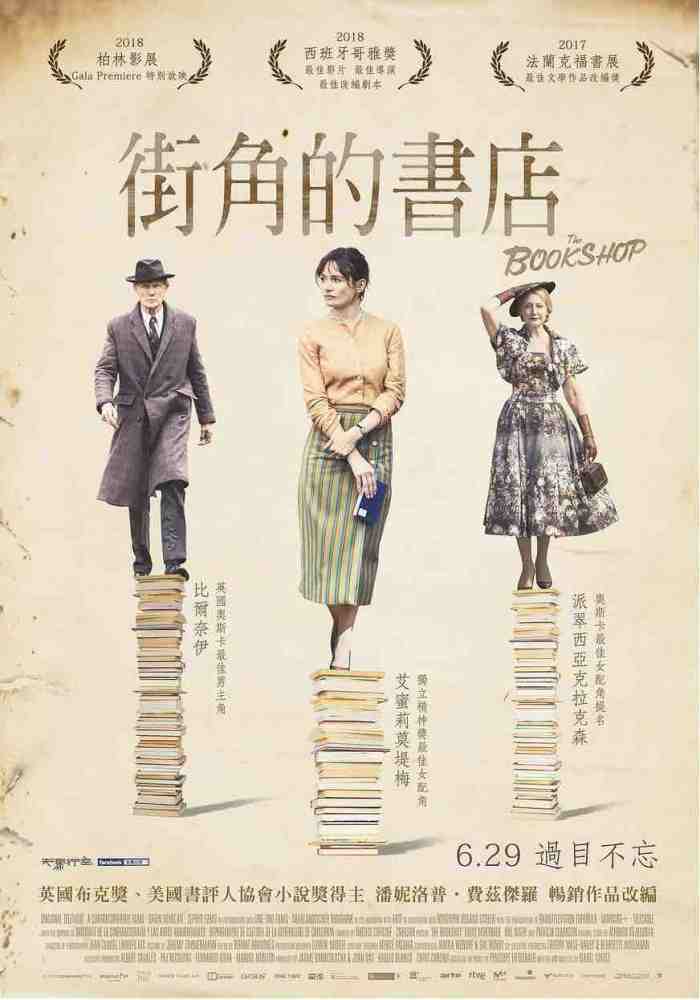 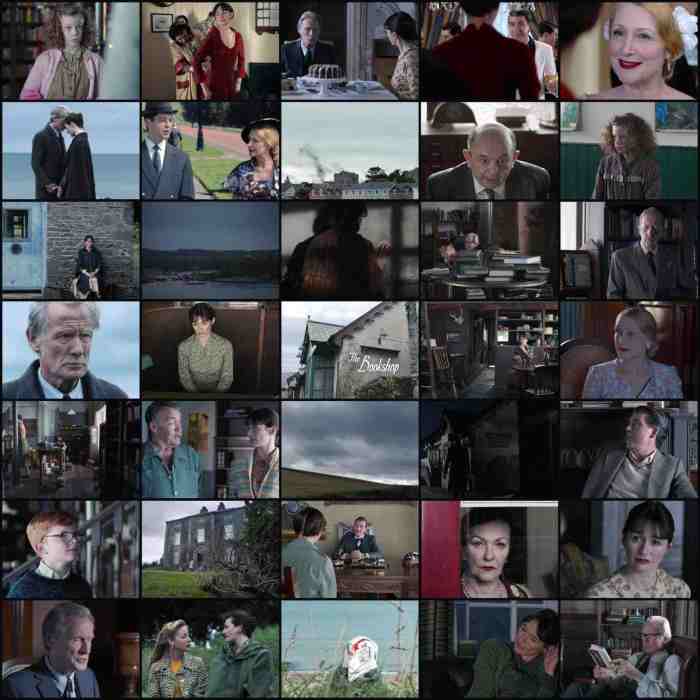 Florence is up against the town’s resourceful socialite Violet Gamart (Clarkson), who has designs on transforming the Old House into an art center, which is pre-empted by Florence’s action. Patronized by the bank and her lawyer, the only succor Florence can get is from the hermitic Edmund Brundish (Nighy), an allegedly widowed bibliophile shunning the outside world with his solitary existence in a dilapidated mansion, the first customer of the bookshop, regularly ordering books recommended by Florence, Vladimir Nabokov’s LOLITA and Ray Bradbury’s FAHRENHEIT 451 are the catalysts bring them closer as kindred spirits, with a scrumptiously tentative, tenuous mutual attraction that poignantly glistens between them, constricted by moral standing and retiring personalities, their chance of bliss is abruptly nipped by an accident.

Coixet’s reinterpretation beautifully hews to the novel’s water-light narration of an anti-dramatic proceeding of a seemingly inconsequential occurrence, an ordinary woman, futilely pursuing her dream against an unwelcoming surrounding, and shows up a bucolic evocation with a divinely subdued hue, the coast, the village, a bookshop and a woman, Florence is an unlikely heroine, not world-savvy enough to outsmart her enemies, can not spot an ulterior motive in the treacherous Milo North (Lance), naïvely hangs tough in her business until the last possible minute, what she preserves is an indomitable force of courage, which is exactly the reason attracts Mr. Brundish and jolts him out of his reclusiveness. The story has no immediate victory for our heroine, and all her effort seems fruitless, but both Fitzgerald’s novel and Coixet’s movie emphatically celebrate a different kind of victory, it is Florence’s passion, courage, among other virtues, that transmutes Christine (a quietly precocious Honor Kneafsey), the young schoolgirl who moonlights in the bookshop, from a disinterested philistine to the one who will take her mantle years later.

In spite of its bookshop-burning finale, THE BOOKSHOP never attempts to be a barn burner, what carries on its undertow-ridden narrative is the profoundly affecting performances trickled down from a trio of top-line performers. Mortimer, always a class act with effusive kindness and affable demeanor, rivetingly holds court in registering Florence’s simmering desperation and defiance in the face of mounting adversity, even a worm will turn, but her flaring up is somehow contained despite herself; Patricia Clarkson, always a class act with unabashed gentility and tactical calculation, is perfectly ensconced in the persona of a merciless Violet Gamart. Yet, the most astonishing and rousing player here is a woebegone, halting Bill Nighy, articulating bon mots with deadpan precision and enfolding his gauche comportment within self-imposed constraint, the ne plus ultra of a British thespian’s stiff-upper-lipped versatility.